On Thursday the 13th of April, the Netherlands Water Partnership (NWP) and the Netherlands Enterprise Agency (RVO) organized WATERPROOF 2017 at the Fabrique in Maarssen. The objective of this third edition of the event was to inform the Dutch water sector about International Water Ambition (IWA) of the Government and actively involve the sector in its realization, among others through ‘Partners for Water’ programme. IGRAC Director Neno Kukuric attended this event as well and presented the case of Groundwater for Cities in a parallel session on Urban Delta Cases.

After the official opening by the representative of the Ministry of Infrastructure and Environment, several prominent water specialists from public and private sector were invited to join the discussion in a talk-show setting. This talk-show covered the following three topics:

Every round of discussion was concluded with a short reflection by André van Ommeren, Programme Manager at the Interdepartmental Water Cluster (IWC). 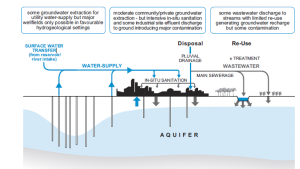 After the plenary morning sessions, the group split up into parallel working groups on different topics like urban deltas, finance and innovations.

The importance of groundwater for urban water supply 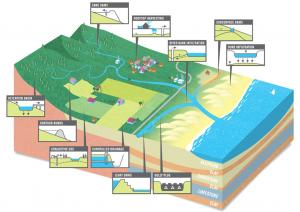 Groundwater is invisible and, therefore, difficult to assess and manage. This is especially the case in urban areas, where the impact on groundwater is as big as it is diverse. Urbanisation and climate change are causing an increased pressure on groundwater, particularly in densely populated delta areas. There are numerous examples around the world of soil subsidence and saltwater intrusion due to over abstraction of groundwater. In addition, increasing pollution of groundwater resources results in a decrease of available drinking water supplies in urban areas.

However, we still do not know sufficient about these developments to properly map them, integrate groundwater resources into other developments and to look for integrated solutions. Decreased abstraction in the cities could be a part of solution, complemented by more intensive aquifer recharge outside of the urban areas; with sufficient monitoring as a precondition for an informed decision making.